The variety of Sundanese manuscripts are still scattered in individual communities, as well as those already stored in various libraries and museums in West Java. The Sundanese script is still stored in the Ciletuh Geopark, Sukabumi District. This research is interesting because of the discovery of several manuscripts around the southern Sukabumi area, especially at Surade, Ciemas, and Jampang Kulon areas. Descriptive method of comparative analysis that was used trying to describe the data in detail and thoroughly, analyze it carefully, and compare those target accurately between several texts studied. While the method of the study in the form of text critique method, referred to the method of a single script, through the standard edition. The method of content review used the method of cultural studies, which reveals the existence and function of the script pragmatically in the community, especially in the Ciletuh Geopark. The results of the research can be considered as "the documents and local wisdom of Sundanese culture", which deserves to be addressed wisely in the hope that the content contained in it is able to reveal the history of the life of Ciletuh Geopark, either through written tradition, folklore, and culture. This work is licensed under a Creative Commons Attribution-ShareAlike 4.0 International License.

All material published by JIP is protected under International copyright and intellectual property laws. The JIP is licensed under a CC-BY-SA or an equivalent license as the optimal license for the publication, distribution, use, and reuse of scholarly works. Authors retain copyright and grant the journal right of first publication with the work simultaneously licensed under a CC-BY-SA; Authors are permitted and encouraged to post their work online (e.g., in institutional repositories or on their website) prior to and during the submission process, as it can lead to productive exchanges, as well as earlier and greater citation of published work with an acknowledgment of the work's authorship and initial publication in this journal (See The Effect of Open Access). and any views expressed in this work are the views of the authors and not of Editorial Board Jurnal Ilmiah Peuradeun (JIP) or SCAD Independent. JIP or SCAD Independent can not be held responsible for views, opinions and written statements of authors or researchers published in this journal. 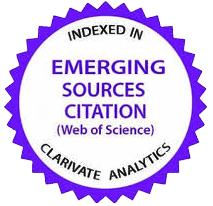